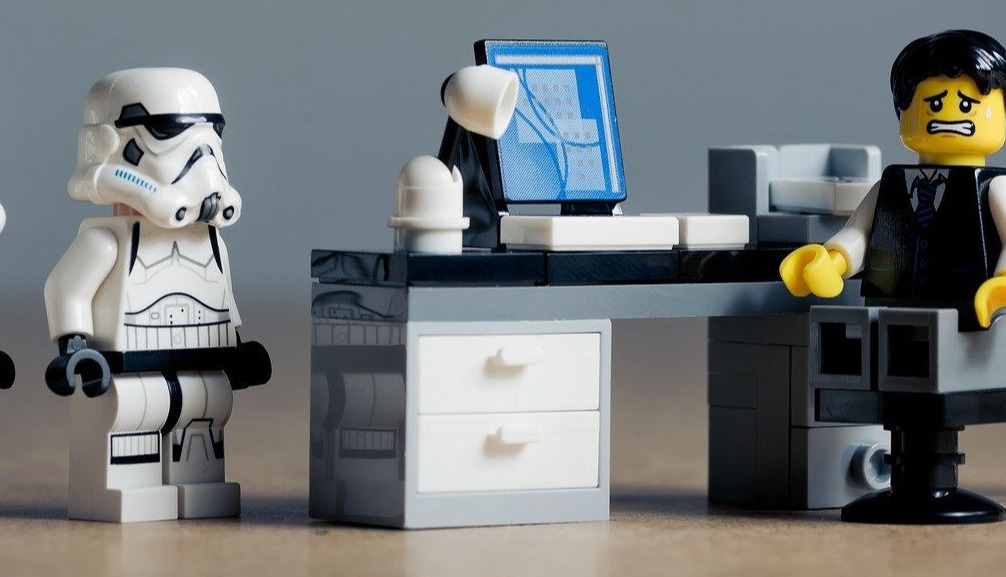 A New Hope - Challenging the Empire

A long time ago in 1776, on a little pale blue dot in the Milky Way galaxy, an imperial colony declared freedom. While the birth of the United States (US) is associated with many torments for the under-served and underrepresented - the native Americans, new ethnicities, women, slaves, and nature, the tenets it introduced were unique in the history of our world in modern times.

"We hold these truths to be self-evident, that all men are created equal, that they are endowed by their Creator with certain unalienable Rights, that among these are Life, Liberty and the pursuit of Happiness." Thomas Jefferson, 1776, in the Declaration of Independence

It was the first time hereditary constructs were repudiated. In many parts of Europe, culturally, socially, it is apparent for those living there that the best commoner can never aspire to equal the lowest blue blood. Even in democracies. Royalty is a close-knit community and inherits great status, celebrity and wealth. India has seen its caste system used for oppression and a resistance to change, and therefore, progress.

The US is fundamentally different. In order to become a US citizen, one must reject any title ascribing to that enhanced status. And this distinction is real. More than 50% of its most powerful (economically strong) individuals are self made. And as we all know, money talks. That's not a bad thing, because anyone can be a celebrity, be incredibly wealthy and stay a celebrity based on reasonably good and empathetic behavior. The US version of freedom also means that a person can transfer the results of her success to her children who then have the opportunity to either grow that wealth or squander it away. Heredity helps but it neither squashes nor guarantees the dreams of those driven and passionate.

One might say that the reward for drive, passion, invention, and excellence is what put the United States at the forefront of nations and a beacon of hope and liberty that the entire world looked up to. What matters to this 300-odd year experiment in democracy matters. To history and to where we go as a sentient species.

This US General Election in 2016 lead to the rise of a new leadership in the President's office that reflected an inward focus and saw ripples across the world. The issues brought forth seem to shine a light on many of these precepts, but one particular aspect deserves special attention.

One can support the incumbent president and his administration for a variety of reasons. The economy. Fewer wars. A relentless pursuit of American interests. Straight talk. Many exit polls in the two elections - 2016 and 2020  - heard his voters cite these reasons. However, to support him is to also support the identity he has carefully and deliberately crafted for himself and then proudly claimed throughout his presidency and the campaign - A proud bully, a racist, anti-environmentalist, anti-science, misogynist while bowing down to bullies more powerful in their world than him - Putin, Kim Jong-un. Even if he created these personae only to solidify his vote base. Even if he really doesn't believe in some or any of these values out of the public eye. Because he gave voice and legitimacy to these elements in society.

Let's look at the possibility that a section of the society feel emasculated in the last several years as other colors, races, ethnicities, religions, sexes, sexual orientations gain celebrity, power, wealth and happiness. This section of the society have pride, but with limited options for education. The have an innate expectation of privilege (almost as a god-given inheritance). Often resulting in a case of cognitive dissonance. Well meaning people. People of the land, left behind by relentless modernization.

However, some of the more aggressive members of that section of society begin to show attributes of a proud Trumpist - that of a bully. Aggressive in that they cannot shy from a show of manliness and dare not show fear or weakness lest they be branded a loser. Quick to take offence to any suggestion to the alternative view point. Proud in their physical prowess, rude and in your face. They learn not to show empathy. Their school playgrounds teach them to gain power through bullying. They expect privileges based on their class, color, race, physical capabilities and also expect that their poor conduct be excused. As Lyndon B Johnson said, one would expect these members to support him, right?

How could such people tell the pollsters that the reason they support him is because he is proud of being a bully and all those other things? They may not fully understand it themselves. They would of course cite the many other reasons. Or simply say they didn't vote for a bully - resulting in a flummoxed election science community. We have seen a bit of that these past two elections.

Among all the other considerations in this election, the one that most defines the identity of the US Republic is this. Whether the US democracy represents a nation of bullies/jocks. Or is it a nation of education-aspiring, immigrant-friendly, empathetic in the true religious tradition people. A cradle of liberty for all colors, sexes, sexuality, races and thoughts. Where empathy and kindness is not a weakness. Where misfortune either in the front lines of a war or in disease isn't for losers. A nation of nerds that excels era after era in introducing new solutions, technologies, products, concepts, industries, standards to the world by the tireless striving that stretches its arms towards perfection.

United States had a decision to make. Is it a country of bullies? Or of nerds?

These last four years has seen bullies pervading every section of the society. Bullies blocking highways during the campaign or trying to chase a candidate's bus off a highway. Schools seeing more bullying incidents in areas that supported Trump maybe with kids seeing their parents looking up to leaders that promote bullying. Into relationships. The jock culture has carried into the office unabashedly with a firm direction from the White House to undermine inclusion and diversity training. Jocks bully nerds. And the issues take on a national significance. A refusal to innovate. Clinging on to traditions that help justify entitlements.

The decision is hard won but clear. For the first time, ~159 million Americans came out to vote. They knew how important it was to take a stand - either way. And looking past the incumbent's successes, more than 50.6% v/s 47.7% voted for a change, for empathy, for science.

At work, it legitimizes nerds in leadership positions. Those with advanced degrees. So apt that a leading healthcare company just announced a woman to be its CEO. The onslaught against the old boy's club continues. And discrimination against women. More friendly towards diversity. And inclined towards transparency and ethics.

At the national level, it's acceptable once again for a leader to be a nerd! An end to disdain for collaboration and teamwork. Holding back on insults flung at long standing allies. No longer diplomacy by threat. And maybe the country also learned in the past four years there is need to be careful with altruism for its own sake and being politically correct so that they're not hijacked by vested interests.

For this one reason, above all others, these election results just might represent a new hopeful beginnings for this nation. And a return to its best traditions. Many would say, Making America Great Again.